U.S. Rep. Rosa DeLauro was a special guest at Microboard 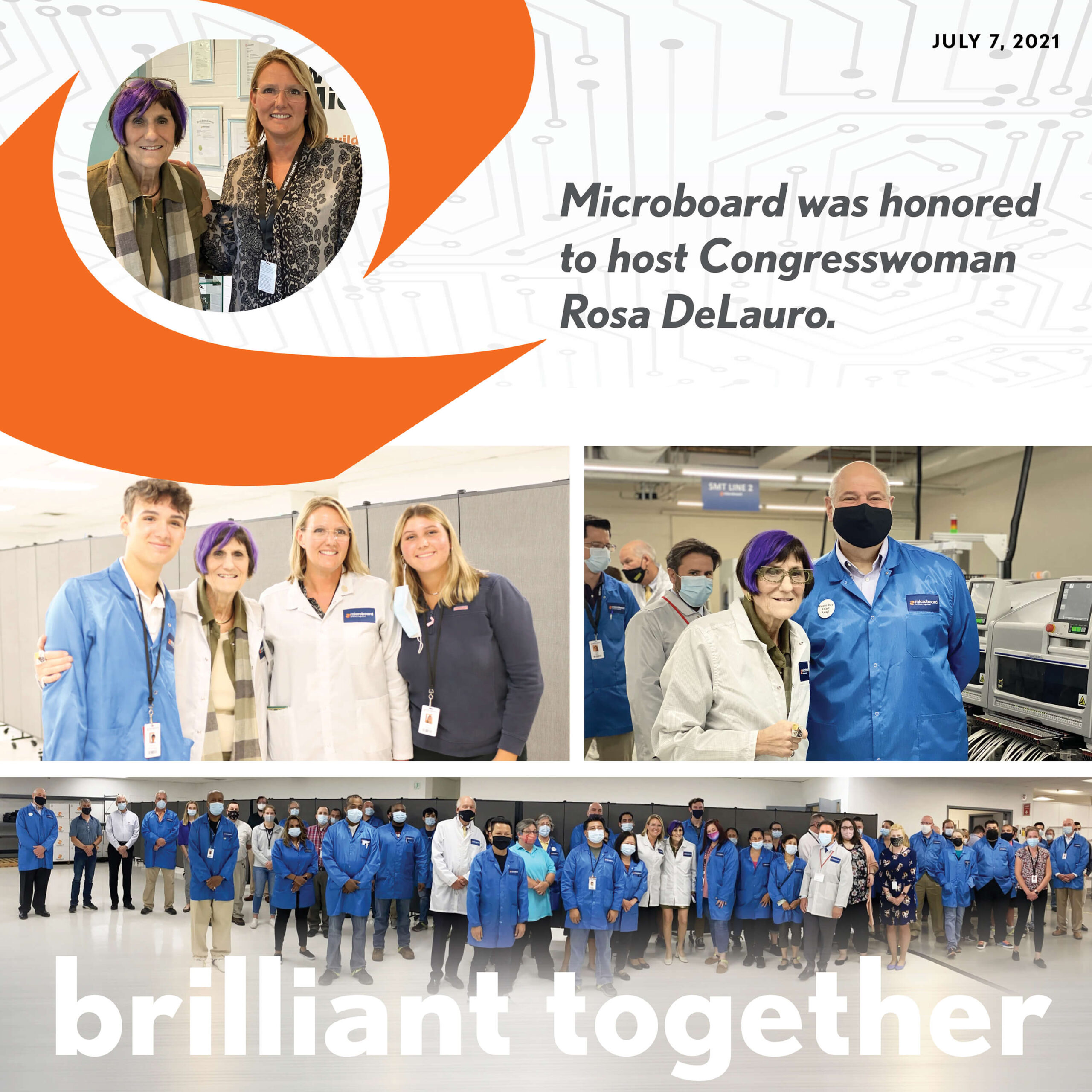 U.S. Rep. Rosa DeLauro was a special guest at Microboard, Wednesday, July 7th and toured the facility before speaking to the employees who gathered in the open chapel area above the manufacturing floor. During the tour, DeLauro expressed her special interest in the gunshot detection technology Microboard is manufacturing for Boston-based Shooter Detection Systems, including the Guardian Indoor Active Shooter Detection system. Part of the reason for DeLauro’s visit was to learn more about how gunshot detection devices are made, and to bring that information back to Washington in her efforts to support and secure federal funding for it. DeLauro chairs the House Appropriations Committee that is considering funding for gunshot detection technology.

“Whatever we can do to improve technology that not only protects the U.S. Capitol police but police here and around the country, we will,” DeLauro said. “I am excited to see Microboard continue to be a leader on the cutting edge of technology, especially when making a product that meets the needs of the times.”

Richard Onofrio, Shooter Detection’s Managing Director and Vice President of Engineering described the Guardian system as being similar to a smoke alarm, but instead of detecting smoke, detects gunshots using acoustic and infrared-sensing technology. Within seconds the Guardian system can sound an alarm and help deploy police response to wherever gunshots are being fired. Guardian systems are being used across the country by thousands of schools, universities, and police departments.

“My two nephews were there at Sandy Hook Elementary School when the shooting took place on December 14, 2012,” Nicole Russo, Microboard CEO and president told DeLauro and the employees gathered. “The events of that day have left scars that may take a lifetime to heal. At Microboard we are committed to producing life-saving and life-changing products, and Shooter Detection Systems is a significant part of fulfilling that promise.”

Before leaving, Rep. DeLauro expressed her condolences for the recent passing of Microboard founder, Craig Hoekenga, who passed away April 29th. “I could not be more proud of your manufacturing side and your humanitarian side, and how you are also helping those who make $1 a day or less, and that is what makes me so proud to represent Microboard in the U.S. Congress,” she said.

Being a Light in the World (with Craig Hoekenga)